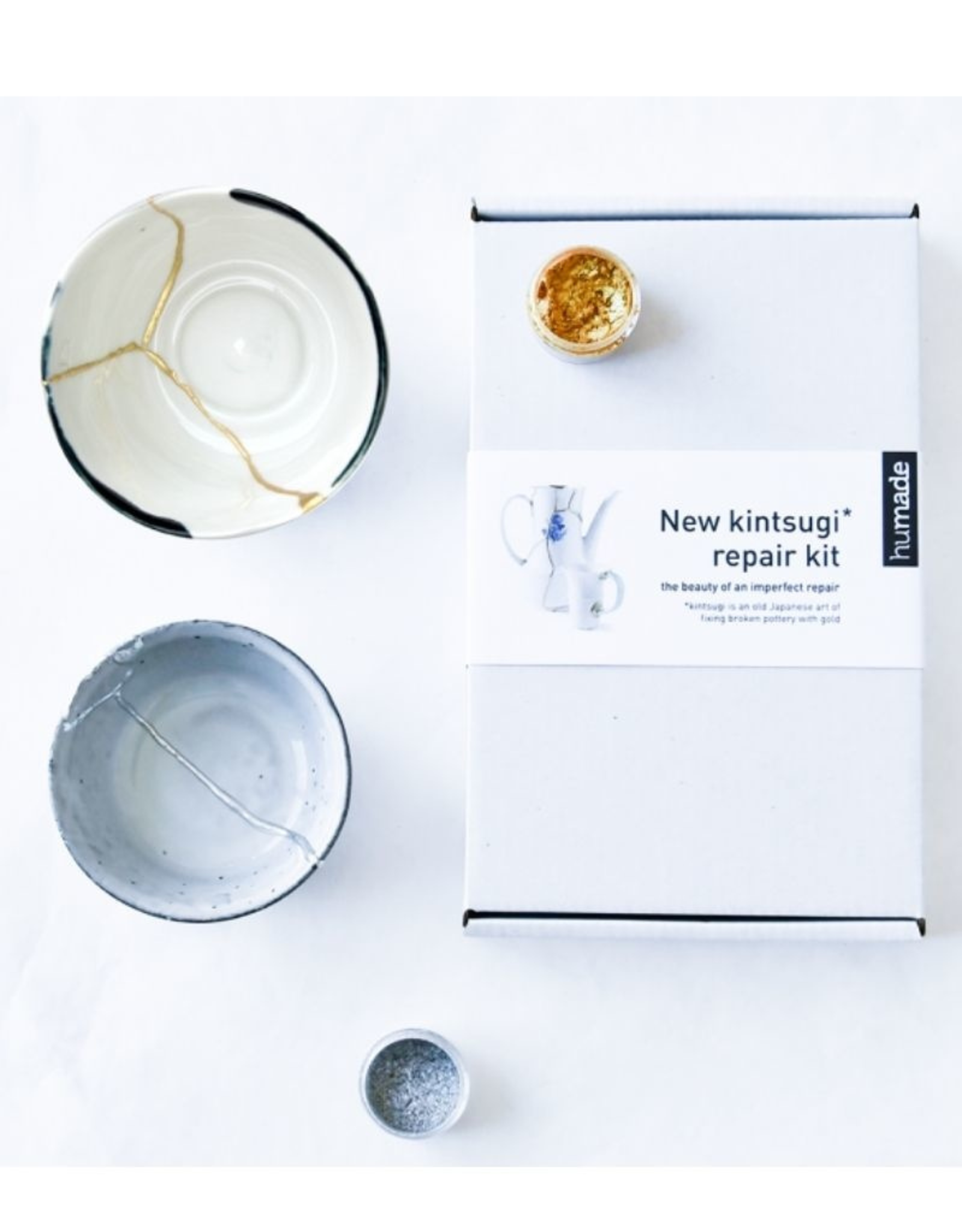 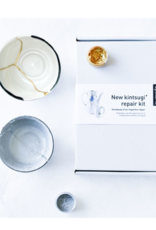 Driven by a sustainable mindset, Humade created the original New Kintsugi Repair Kit to encourage mending broken artefacts instead of throwing them away. Even more so: instead of focusing on its flaws, the golden seams emphasize the cracks and thus celebrate the beauty of imperfection. By repairing an object, the product becomes unique and personal. We won’t blame you if you deliberately start smashing up your favourite ceramics.

Kintsugi originated in the late 15th century when the emperor of Japan sent his damaged pottery back to Cishina for repairs. Upon its return, the emperor noticed ceramics were repaired using metal staples. He immediately ordered his craftsmen to come up with something more aesthetic. The result: kintsugi (gold repair). The art of kintsugi became so popular that collectors deliberately started smashing up valuable pottery… so it could be repaired with the gold seams of kintsugi. 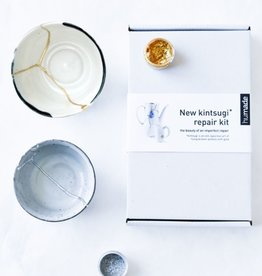 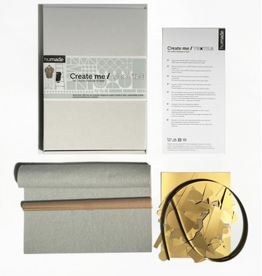 A whole, tear or stain gives you the opportunity to create and personalise.
Add to cart
Create me Textile Gold
€22,00 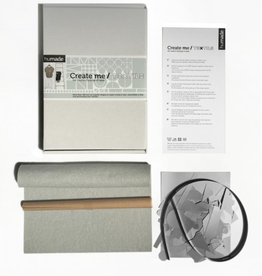 A whole, tear or stain gives you the opportunity to create and personalise.
Add to cart
Create me Textile silver
€22,00
Please accept cookies to help us improve this website Is this OK? Yes No More on cookies »